Three recent articles on how technology is shifting the way we read (and write).

The share of adults in the United States who own tablet computers nearly doubled from 10% to 19% between mid-December and early January and the same surge in growth also applied to e-book readers, which also jumped from 10% to 19% over the same time period.

Second, how one author is thriving in the e-book world:

One hundred grand. That’s how much I’ve made on Amazon in the last three weeks. 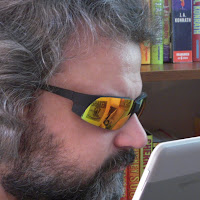 This is from my self-pubbed books. The ones the Big 6 rejected.

Lastly, some of the pitfalls that writers must navigate:

How Apple is sabotaging an open standard for digital books

Summary: For nearly two years, Apple has wooed digital book publishers and authors with its unconditional support of the open EPUB standard. With last week’s introduction of iBooks 2.0, Apple has deliberately locked out that standard. Here’s why you should care.